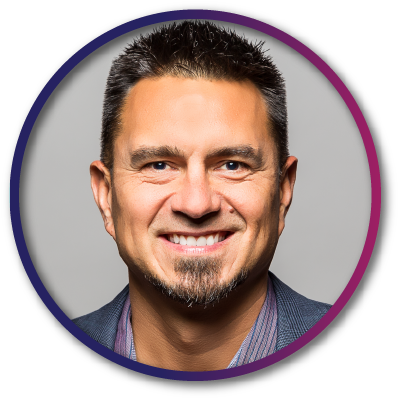 D.J. Eagle Bear Vanas is an internationally-acclaimed motivational storyteller whose expertise is in leadership and personal development. He is also the author of the celebrated book The Tiny Warrior: A Path to Personal Discovery & Achievement, which is printed is six countries. His latest book, Spirit on the Run, is his first novel.

Vanas is a tribally-enrolled member of the Odawa Nation and a former military officer. He shows organizations how to practically apply the power of the warrior spirit to perform at their best, stay resilient, and thrive in tough, changing environments. For twenty years, he’s delivered his dynamic programs in 49 states and overseas to over 7,000 audiences including Walt Disney, NASA, Intel Corporation and hundreds of tribal governments, communities, and schools. He’s also been invited to the White House to speak – twice.

He holds a Bachelor of Science degree from the United States Air Force Academy and an Master of Science degree from University of Southern California and has served on the Board of Directors on the National Board of Certified Counselors. After serving ten years as an Air Force officer, he is now the president of his own company, Native Discovery Inc. Vanas' mission is to "build the warriors of tomorrow...today."

Come hear internationally renowned speaker D.J. Vanas, a tribally-enrolled member of the Odawa Nation, decorated former Air Force captain, and bestselling author of The Tiny Warrior. In Native cultures, warriors served their people and developed their skills to be the best possible asset to their tribe. The warrior role is one that transcends race, gender, or age. Traditionally, warriors are committed to something bigger than self and this is what sets them on the path to achieve the extraordinary. “Service is our highest calling, our deepest need, and in the end, it’s what outlives us. It’s the legacy we leave behind.” Vanas will speak about resiliency and how success is not born from waiting for a better economy, a new administration, the perfect moment, or the exact mix of resources. Victory or success is about using what is available right now, around us and within us. Our clients, patients, and coworkers deserve the best service we can provide them, regardless of circumstances. This presentation will empower and inspire us to do just that. 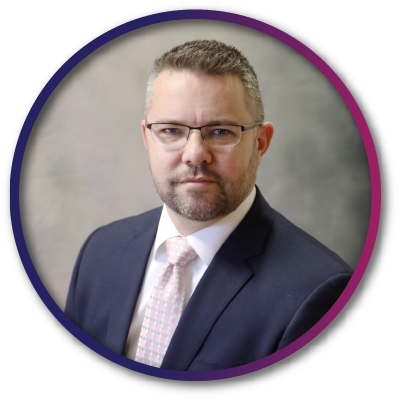 Improving the health status of people in America’s most underserved communities is the mission and calling of Benjamin Anderson, MBA, MHCDS, who currently serves as Cheif Executive Officer (CEO) of Kearny County Hospital, a comprehensive rural health complex located in southwest Kansas.

Raised in an urban community on the West Coast, Anderson experienced poverty during some of his childhood years. These formative experiences played a major role in his commitment to equity and justice, with special attention toward underserved and marginalized people.

His career in health care administration began in 2009 as CEO of Ashland Health Center, a struggling hospital and the only health provider in a Kansas town of 900 people. There, he led an effort that dramatically revitalized the community’s health care services, recruiting, and retaining several medical providers to serve a multi-county area between Kansas and Oklahoma.

Anderson is a talented storyteller, known for tying his own experiences to applicable lessons. His laid-back, humorous, narrative and interactive style leads his audiences toward embracing change and choosing their own destiny, interweaving a compelling moral case for serving our nation’s most vulnerable people.

An Ethical Case for Excellence in Rural Health Care Delivery

As the United States grapples with the implementation of legislation that could afford all citizens access to health care coverage, rural communities face additional challenges. First, insurers are still paying generously through the Critical Access Hospital program for high-cost inpatient and emergency services with very little focus on incentivizing population health. In addition, rural health care delivery systems often lack the basic primary care and community-based infrastructure to manage the health of their populations properly. Put simply, even if insurers incentivized interventions that would lead to better overall outcomes for people, those services are not available in many rural communities. In this presentation, Anderson tells the story of how the recruitment of mission-focused physicians and advanced practice registered nurses led to the rapid growth and transformation of Kearny County Hospital, a frontier health care delivery system in one of the United States’ most culturally diverse and medically underserved areas. Anderson addresses the fatalism that has become common in rural communities, while referencing the principles of biomedical ethics to make a compelling case for essential steps to effective, sustainable reform.

Being socially isolated is not just unhealthy and dangerous for people, it is also expensive. Researchers estimate that 14 percent of older adults enrolled in original Medicare—or 4 million people—have meager social networks. Studies show that Medicare now spends an average of $1,608 more per year for each older person who has limited social connections than for those who are more socially active. This translates into an estimated $6.7 billion in added Medicare spending each year. As Americans become more mobile, fewer families are living in the same geographic proximity, which reduces natural access to social support. This impact is compounded in rural communities where, unlike suburban areas, there are fewer accessible replacements for family support. Through true stories with applicable lessons, Anderson invites listeners into the transformative journey of several people from isolation to community and, while doing so, uncovers some of the hidden beauty in rural America. 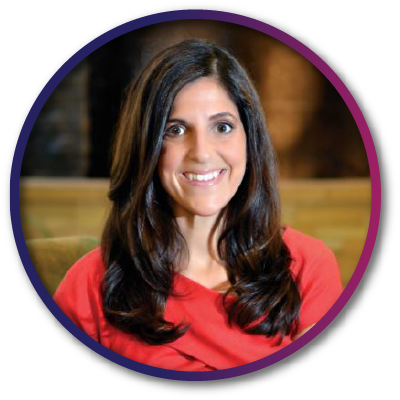 As a cardiologist with a master's degree in epidemiology, Dr. Baechler is dedicated to improving population health and integrating the social determinants of health into all levels of prevention She is passionate about helping individuals, families, and communities find their highest state of wellbeing—body, mind, and spirit.

Dr. Baechler will open this year’s Rural Health Conference by speaking on the importance of promoting innovative strategies, sharing outcomes, and building collaborative partnerships to accelerate transformation to a more integrated and sustainable rural health system.